Heart of a Champion: Dan Hamhuis 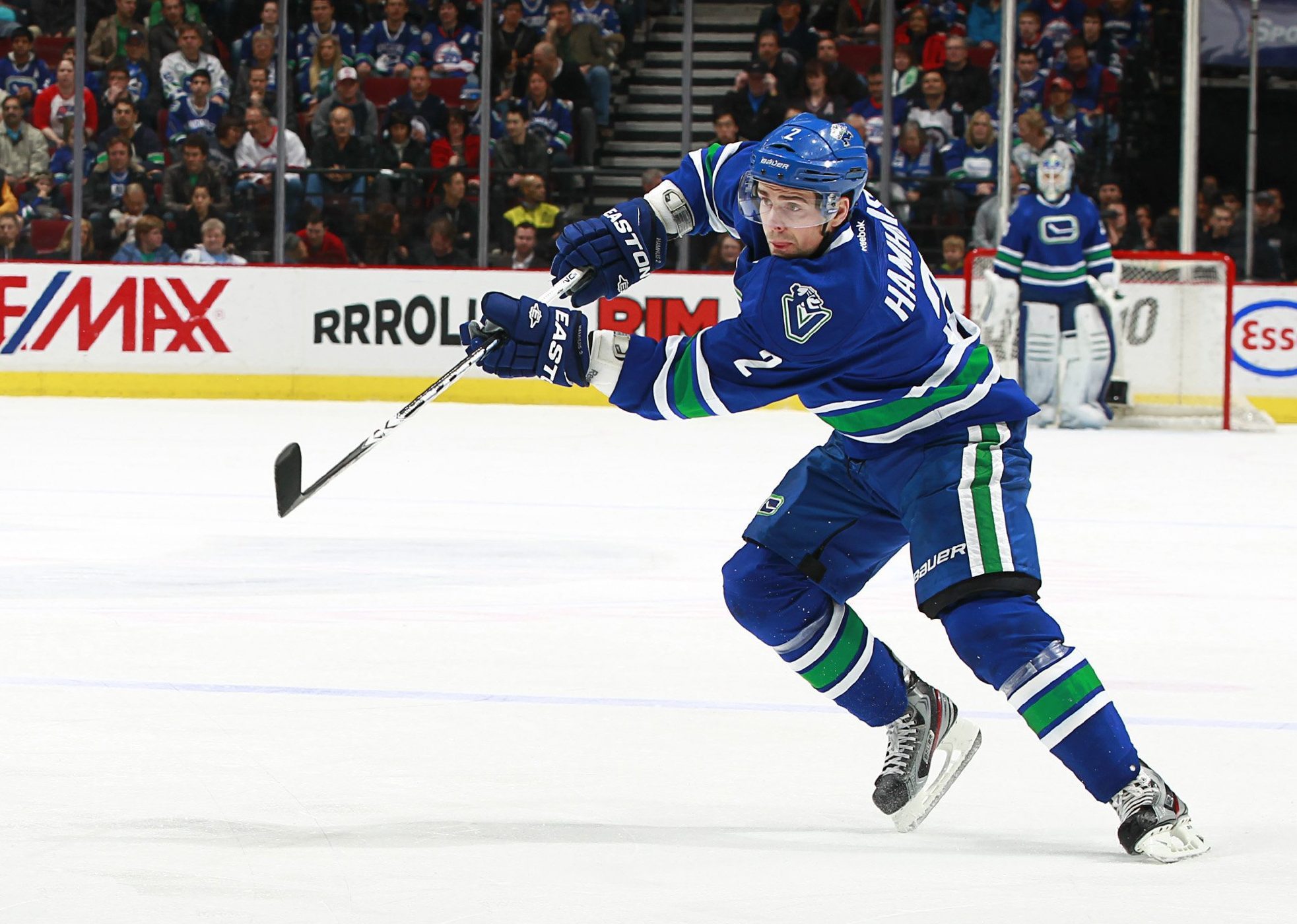 1 Peter 1:9 – But you are a chosen people, a royal priesthood, a holy nation, a people for God’s own possession, so that you may proclaim the excellencies of Him who has called you out of darkness into His marvelous light.

Dan Hamhuis has reached the pinnacle of athletics, Olympic gold medalist, over 1100 NHL games and world champion, yet first and foremost he is a child of the living God.

Growing up in Smithers, British Columbia, playing in the NHL or for Team Canada was only a dream. However, Hamhuis had a love for the game that paid off in the end. “I practiced all the time, summer or winter, rollerblades, backyard rinks or out on the streets with my winter boots and none of that was intentionally to make it to the NHL, it was just for love of the game. I think all that extra practice paid off.”

Hamhuis went undrafted in the Western Hockey League draft, but was listed by the Prince George Cougars and made their team at 16. In four years of junior, Dan represented Canada at two World Junior’s, winning silver and bronze, was named CHL Defenceman of the Year, WHL Player of the Year and was drafted 12th overall to the Nashville Predators. His pro career started in 2002 and Dan had the opportunity to represent his country seven more times, once at the Olympics in 2014 and again in six World Championships. “It’s a cool feeling putting on the jersey,” said Hamhuis. “I remember the first time I did it was in 2000 at the World Juniors in Moscow. Man, is it a special feeling wearing that Canadian jersey. The juices are flowing and it’s a pretty proud moment and also a sense of responsibility because our country wants to win and be the best of hockey.”

With that honour of representing your country, comes a ton of pressure and responsibility. “That’s a challenging thing as an athlete,” added Hamhuis. “I think it is an easier position to be an underdog. But to have the expectation to win and the whole country behind you, the media and everybody and yourself and your teammates, you all have high expectations. It was part of my game preparation, knowing that pressure… Not only would I just visualize the game, the plays, the other players and what I needed to do on the ice, but a big part of my pregame preparation was spent on walking myself through the game, through the eyes of that pressure. How to deal with that pressure, how to play well and how to deal with the ups and downs of the game.”

Competing at the Biggest Stage

In 2014, Hamhuis was named to Canada’s Olympic team in Sochi, who were looking to make it two straight Gold medals at the games. The Canadians would beat Sweden in the final, one of the top moments of his career. “ It was such a special event being able to represent Canada at the highest level. My wife was there and got to share it with me, and the thing that really made the Olympics special was everything else going around it. The hockey team was really special, but especially being part of everything else was really neat. Sitting in the lounge and going to the athletes village and sitting with fellow Canadian athletes was really cool. It was really cool to speak with them, learn about their sport and cheer them on.”

In his international career, Hamhuis won Olympic Gold, two World Championships and picked up three silver medals and a bronze as well. He credits his faith for his success and longevity. “Knowing that God has placed me in this position on this team or on the olympic team or where he has. It’s really given me a grateful mindset, a thankful mindset. Looking at that and how I can make the most of what he’s given me.”

His faith was crucial in dealing with the pressures of performance. “My definition of success wasn’t tied to results and what people were saying about me. What I defined success as, was if I was able to give everything I had today based on what I’ve been given. That’s what I believe that God expects of us.”

That was especially true when dealing with the downs in his career. Just like the men who are leaving the current Olympic games, having lost in the quarterfinal, it doesn’t lessen the sting of defeat, but is an opportunity for growth. “There can be some great testimony in there someday. Whether that’s a spiritual one, or just talking to youth in sports. I think there are always lessons to be learned. It’s good to go through losses and adversity, that’s where I’ve done my best soul searching and growth as a man, through challenges and difficulties.”

Where is Hamhuis Now?

Now, Hamhuis is retired from the game of hockey. But his outlook hasn’t changed and his faith remains the source of his identity. “Who I am has just transferred into something different. I am the same guy with the same mission, the same purpose and the same values. Except that I’m in a new location now with some different people around me and I’ve got some different activities I’m doing, but all those other most important things haven’t changed.”

An incredible career, all for His glory. Competing as an act of worship to God and bringing his best every day, on and off the ice.