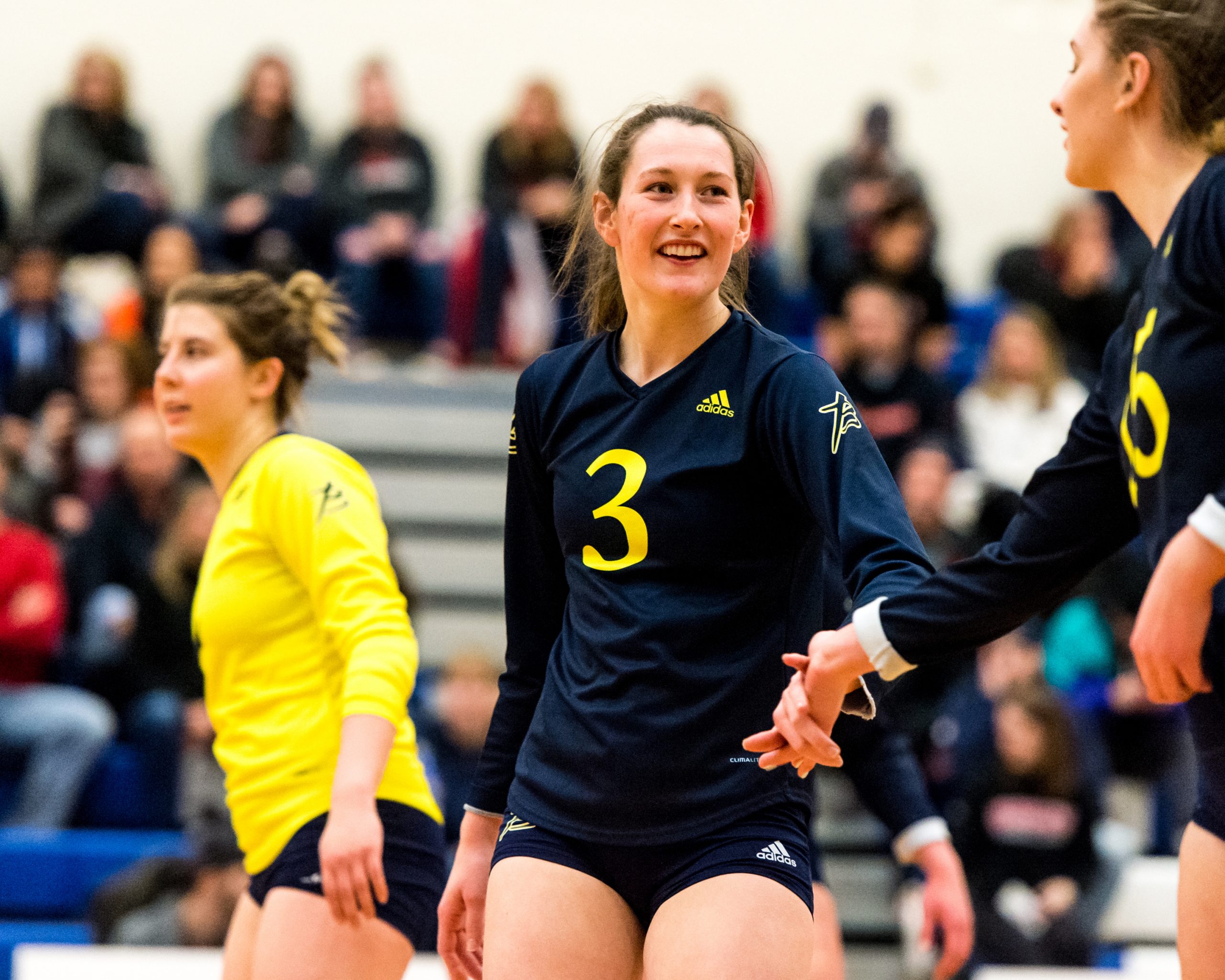 For Becky, this year was unlike any other. After being involved with Athletes in Action (AIA) for around ten years, she is well versed in teaching students how to integrate faith and sport. She reached a point in her life where she finally felt like she was gaining a deeper understanding of what it meant to integrate her faith with her career in volleyball. The future looked bright, and she was filled with hope. Then the reality of COVID-19 hit.

“My plans for this coming year got totally squashed,” she said. “I once again was reminded of the uncertainties and disappointment of sport and life.” Becky’s dream for years has been to play volleyball professionally. She just finished five years with the Canadian Collegiate Athletic Association, and now was exactly when her pro career was supposed to start.

When March hit, door after door was slammed in her face. For her, just like most athletes, any sort of pro contract became extremely unlikely.

“This one stung. I’ve lost a lot of big games, haven’t made teams, and have been crushed time and time again by the game, but never have I felt this. I was so excited about what was to come with the possibility of playing pro and how God was going to use me while I was playing professionally. Being heartbroken from this and having no clue what next year is going to look like, I participated in the Total Athlete Workshop.”

Without the ability to meet in person, AIA created their first online workshop titled the ‘Total Athlete Workshop: Hope Assured’. It was initially inspired by AIA’s National Training Camp, where students from across the nation discover the meaning of faith and sport integrating. The workshop was designed to target university athletes, but then grew into something bigger as it also served to target elite-amateur and professional athletes as well. For the week-long program, AIA staff spoke on uncertainty, working through adversity, and how to work through their current issues among other topics. They asked the attending athletes to consider where their hope is rooted as they discussed the content in breakout groups. Becky was one of 130 athletes who participated online from across Canada, with a few from the US and other countries. During the workshop, five participants invited Christ to be a part of their lives for the first time.

A number of athletes were so engaged and interested in the discussions that they’ve continued to meet in their breakout groups since the workshop ended. It was exactly what they needed in this time of uncertainty.

“This was such a game-changer,” Becky said. “Throughout the entirety of the workshop, I began to see God differently and have a new sense of hope in him. Although discouraged, I began to understand that wherever I am, no matter what I am doing, I get to be a part of the God of the Universe’s story. That means that there is so much to look forward too, no matter what my current or future circumstances look like.”

AIA recognizes that as humans, we tend to put our hope in the ‘next thing’. Right now, athletes don’t have that next thing. They don’t know when sports are coming back or what they will look like when they do. This need gave AIA the opportunity to help the athletes consider where their true hope is found: in Jesus.

“From a girl who has been involved in AIA for around ten years, this workshop hit differently,” Becky said. “Hope assured in our Heavenly Father is the greatest way to live – I’m grateful for the fresh perspective, great conversations, and how God used this workshop to touch the hearts of first-time believers, long-time members of AIA and His body, and everyone in between.”

In collaboration with Power to Change Ministries