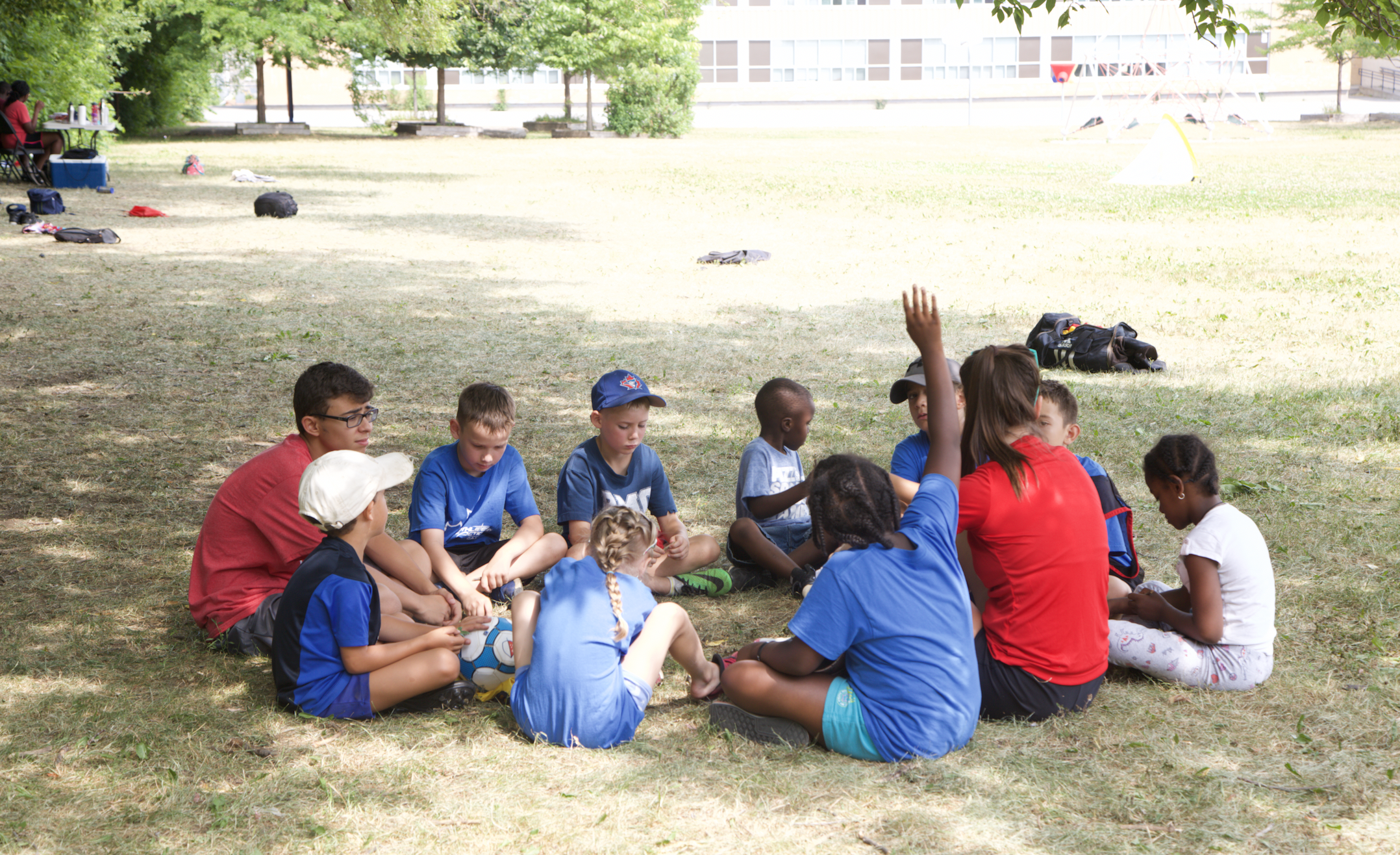 “I think it’s a good reminder that even in areas where we feel weakest, God can use us to build His kingdom.” Where humans see challenges that may seem impossible, God shows opportunities for growth and connection that only happen through him. Language differences are no barrier for God. At a camp in Ottawa this summer, AIA coaches saw God at work in redeeming past experiences for his glory, while using the gifts of children to translate between languages to reach other kids for Christ.

This summer I had the pleasure of coaching at Eastview Baptist in Ottawa. Eastview was different than a lot of other camps I had worked before. The camp was made up of lots of amazing kids from different cultures and backgrounds. The majority of the kids’ first language was either French or Portuguese, not English, and they often had difficulty conversing with us in English. This presented a challenge for the three of us coaches who only really spoke English. Our head coach Dan could understand small parts of Portuguese conversations, since he is part Brazilian; Serena spoke exclusively English, and I had grown up in Northern Ontario in a population that was largely bilingual, so I had taken French immersion throughout my time in school. At that time, I absolutely really disliked being in French. It was hard, and I honestly believed that after I graduated from Grade 12, I would never have to speak French ever again. God had a different plan. With my knowledge of French, I was able to communicate, though imperfectly, with many campers that other coaches were unable to reach. One particular moment that really stuck out to me was when I was doing my Utalks (feedback cards) with my team. I had a young boy on my team who strictly spoke in French, and I was helping him with his Utalk because he did not yet know how to write things out. As we were working through it, he began asking really great questions about who God is, what church is, and what Christians are, and I sat there overjoyed about his curiosity for Christ. Then it hit me that I needed to attempt to explain these things in a language that I have not used in years! As I struggled to answer this young boy’s questions, another camper who was on my team approached the both of us and offered to help translate when I could not come up with the right words to say. This story is so special to me because it really just shows that God can use you anywhere and anytime. This just shows me that nothing, not even language differences, will get in the way of God trying to reach His children. He can use anyone at any time to tell people about the good news of Jesus. I think it’s a good reminder that even in areas where we feel weakest, God can use us to build His kingdom.