Mexico Day 5: One Sport, One Family, One God 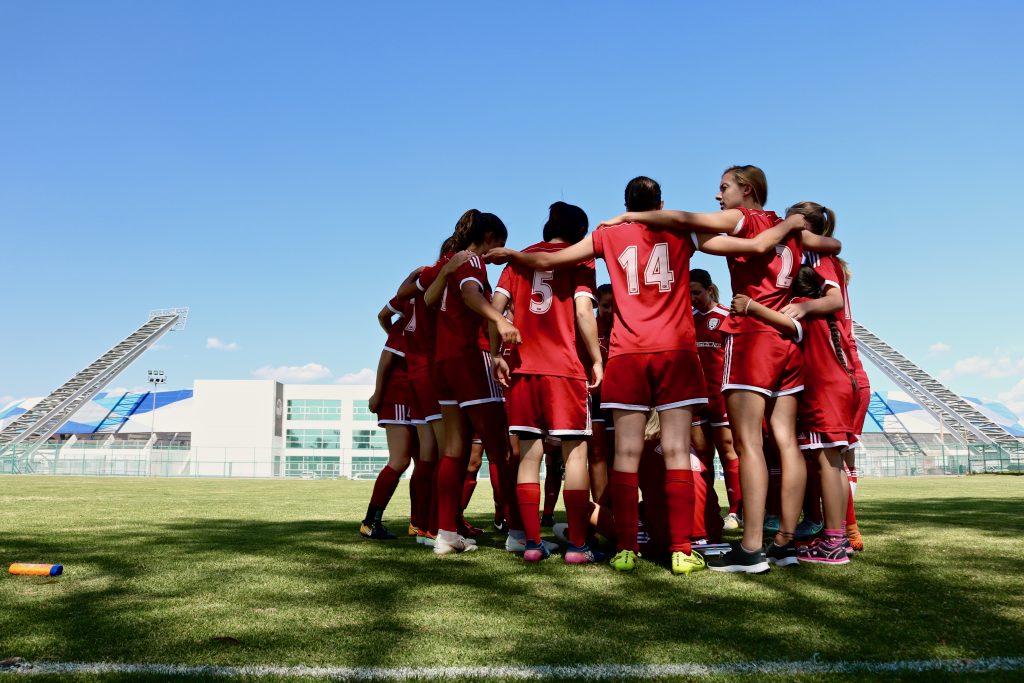 And so friends, the journey continues here in Puebla, Mexico. We began our time celebrating with some of our new Mexican friends, Misael and Erick, two locals who have joined our tour team, as they publicly declared their faith through baptism.

It was such an honour to share that moment with them and be part of their journey, watching them boldly take a step into a deeper relationship with their Heavenly Father. What a sweet way to kick off this leg of the tour.

Our time here in Puebla has consisted mostly of assisting Saul, the local AIA staff member, get connected with local soccer communities, ranging from university teams all the way up to professional teams.

The men’s and women’s teams have played 3 matches each. The men started off with a game against UMAD coming out with a 4-2 win, then took a hard loss later in the week to UDLAP, losing 3-0, and then finished with a game against ITP also suffering another hard fought 3-0 loss.

Similarly to what took place in Panama, after each game, two athletes had the opportunity to share a personal testimony as well as the gospel. This time though, we had many athletes share who had never shared before. It was definitely a challenge for some and it was so encouraging to watch them step out in faith in response to God.

Something Saul has been very adamant about implementing in the work we’re doing here is community. It’s great to be able to play and share with teams, but most often it ends there.

With Saul, his desire is to continue the relationship building beyond just the pitch. After one of our women’s games against Puebla FC, not only did we get to share a testimony and the gospel with the girls, we also got to spend time after the game with them just enjoying getting to know each other.

Saul also prepared a pizza fiesta on Wednesday for all of the athletes we met the past couple of days to come and spend time hearing stories from the AIA staff, enjoy some pizza, conversation and even some dancing.

And I think this is a beautiful representation of the gospel. Just doing life together, growing and building a community with God as the foundation, all with the purpose of making disciples.

Our team also took some time out of the week to join with the local Campus Crusade Ministry in a prayer walk around a local pyramid and church. The team spent time praying for the local AIA volunteers, the students beginning their new semester, as well as the 2018 strategy and plan for the ministry in this upcoming year.

This was a great reminder that this tour doesn’t just include our team, but there is a much greater community at work that we can come alongside to support and lift up in the work they seek to accomplish here in Mexico.

On Monday and Tuesday, another Coaching 4 Life Conference took place where two of our AIA staff members, Rachel Bauer and Jake Hawthorne, led 9 coaches through what it looks like to move from being a transactional coach to a transformational coach. They also focused on identifying coaching values and how that can be implemented into their coaching philosophy.

A large part of tour, and more specifically Coaching 4 Life, is to reach more than just the athletes, but also develop the coaches and present them with the opportunity to engage in a coaching style that brings Jesus to the centre.

If you can reach the coaches, there becomes a ripple affect and these coaches can then affect their athletes not only in their sport, but also in life.

It’s been a beautiful journey so far here in Mexico, and it’s sad to think that we will be leaving shortly, but I’m confident that the work that has taken place here will leave an impact well beyond just these 2 weeks.