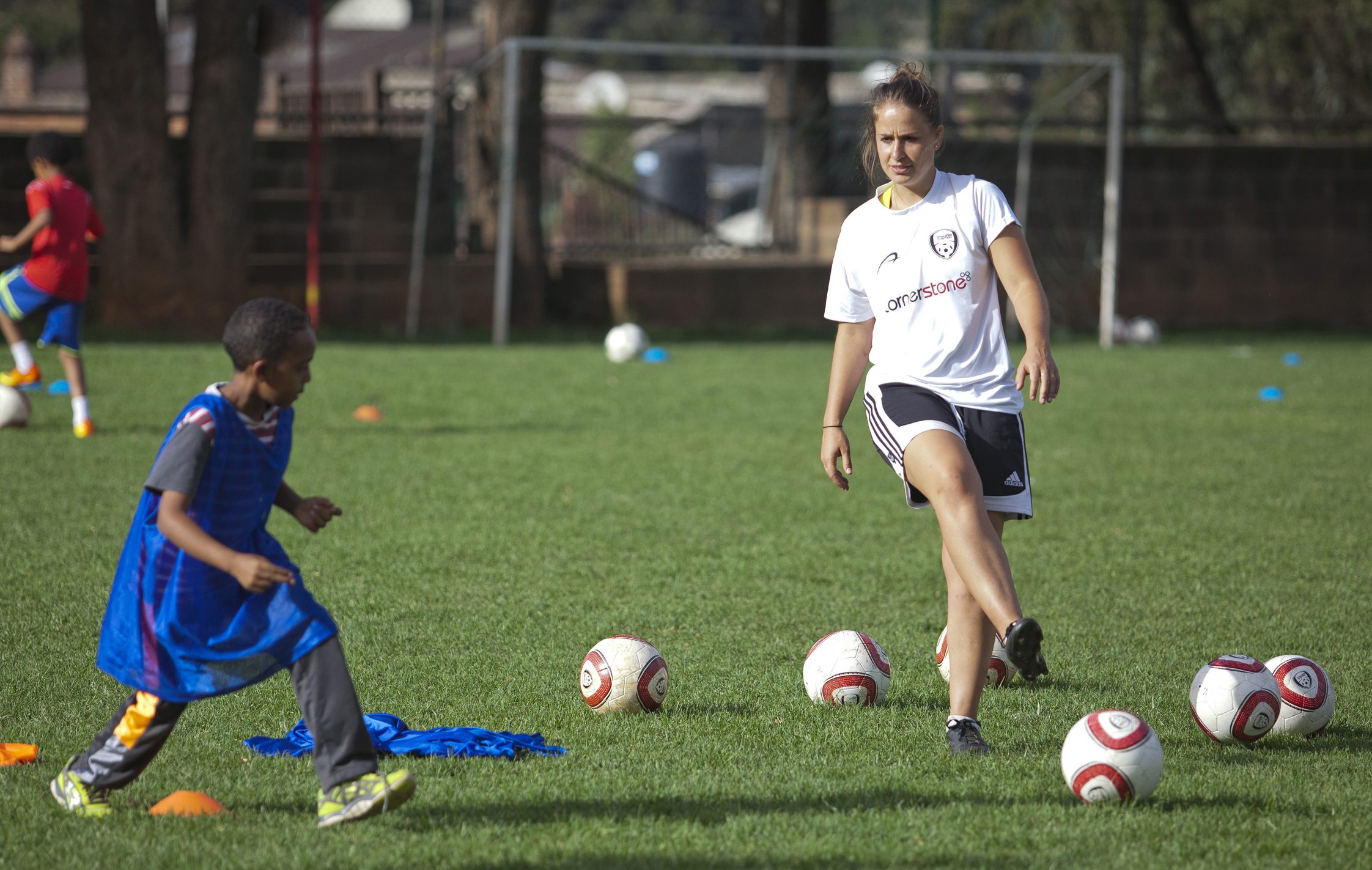 The first time Athletes in Action Canada sent a soccer tour to Panama was in 2009, with the purpose of connecting with a university student named Isaac Enseñat, who had come to Christ through the campus ministry at his school.

At this point there were no AIA staff in Panama. However, after connecting with AIA during the 2009 tour, Isaac would later become Panama’s first AIA staff member.

The second time an AIA soccer tour made its way to Panama was in 2011, where a Mexican soccer player named Saul Andrade, who was working with a church planting ministry joined the tour. Several years after the tour, Saul would also join AIA, working within his home country of Mexico.

This summer AIA is sending a soccer tour to work with both Isaac in Panama and Saul in Mexico. This will be the fifth AIA Canada soccer tour to Panama (and the first tour to Panama with a women’s team), where Isaac has now built up a strong ministry, connections with professional men’s soccer teams and a flourishing volunteer group.

On July 5th, 30 university-level male and female soccer players from Canada, the United States, and Northern Ireland, along with 10 staff, will fly from Toronto to Panama City.

One of the main goals of the tour is to help encourage and support the work that Isaac and Saul are doing in their respective countries, as well as allow for an opportunity to explore what AIA’s partnerships with Isaac and Saul could look like going forward.

“Our method in partnership is really to support what the local ministry has going on,” said Heather Stevenson, AIA’s Soccer Director. “Something we as a team have been learning about is the harm that has been done in the past with short term missions. [We’re] not wanting to come with this attitude of we know all these things … our approach and our desire is to come with the attitude of being a learner and wanting to understand the way that they do ministry.”

After a few days of team building upon arrival in Panama City, the AIA team will connect with Panama’s recently created professional women’s soccer league, as well as with the professional men’s teams that Isaac is working with. Unique to this tour is that the AIA crew will also be running a Coaching 4 Life conference with Isaac’s coaches.

The tour will then head to Mexico, where the team will mostly be stationed in Puebla to play against four university teams, two that Saul is already working with and two that he would like to start working with.

For the members of the AIA team, this tour provides a unique opportunity for them to grow and develop their own relationships with Jesus. Joanna Geck, who will be travelling with the tour as a staff member, has experienced this first hand.

“I know this is such a cliched, classic saying, that you go and you grow so much as an individual,” Joanna said of her first AIA soccer tour to Ethiopia two years ago. “[But after the tour] I understood the benefit of sport ministry and how it can impact someone’s life.”

Heather said that the staff long for the players on the tour to come home at the end of it all understanding that they do not need to go overseas to be a missionary, that they can be a missionary in their own communities too.

“We really want to see our students come back with a greater understanding of what it looks like to walk with Jesus,” said Heather. “We want to see them coming back and not just seeing the trip as a two week experience, but viewing it as a catalyst for the rest of their lives.”

The hope is to see all of the individuals involved in this tour, from Isaac and Saul and the soccer players in Panama and Mexico to the staff members and players on the AIA Canada team, grow in their faith and become disciples who make disciples, regardless of where they are.