Mission accomplished in the Ivory Coast 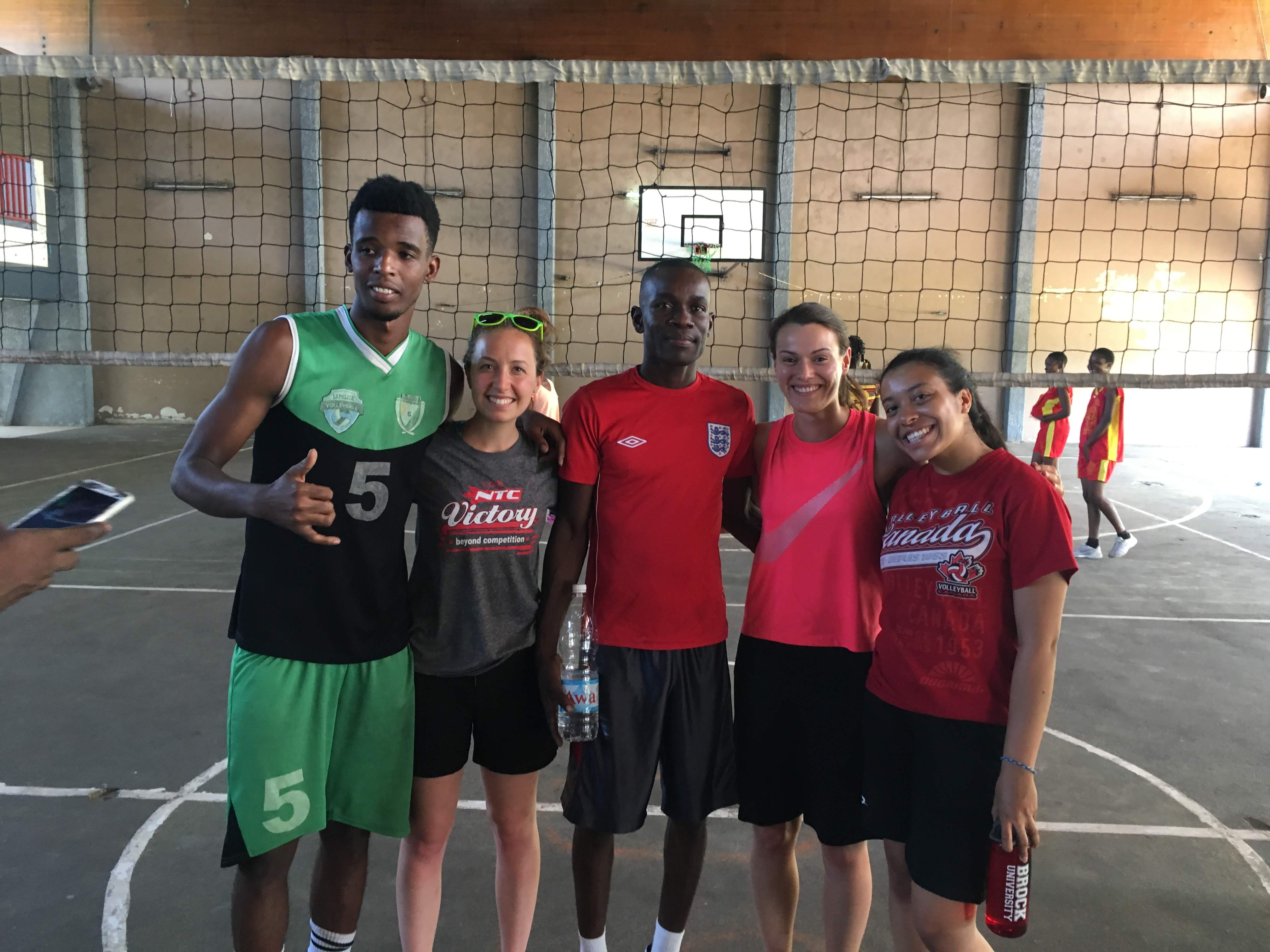 This past May, Athletes in Action Volleyball sent a team of seventeen people to the Ivory Coast to run a coaching tour in West Africa. Athletes, trainers, coaches, athletic therapists, and chaplains from Canada, USA, and Ghana, made up the team of tour participants.

Sabrina, a student-athlete from the University of Saskatchewan, shared about the diversity of the team and emphasized the different strengths and gifts each of them brought to the table. “The ability to translate, build relationships, and use volleyball knowledge in coaching clinics to help people grow”, were vital components in ensuring a successful tour.

The team spent two weeks connecting with athletes in the community through volleyball, providing training for local churches, building meaningful friendships, and sharing stories of how their faith in Jesus has changed their hearts and lives. Connections were also made with  representatives from the National Olympic Committee and other high level sports federations throughout the country. These opportunities have the local AIA staff excited for future partnerships and potential collaborations with various organizations.

Throughout the tour, student athletes shared stories of their personal faith journey with athletes from local volleyball teams — this quickly became a post-game tradition. Sabrina, had the opportunity to share her heart and some of her experiences with the Ivory Coast’s national volleyball team. “One of the girls came up … after we’d finished and shared that she had been going through a similar struggle that I’d been going through, so it was a really good reminder for her to check in with her mentor and make sure she was on the right path”, said Sabrina.

The evenings provided a chance for relationships between the different athletes to grow. During dinner with the national volleyball team, Brittany, AIA staff at the University of Alberta, recalled an impactful moment. One local athlete said, “you guys were different from any other group that has come to visit us, and it’s your faith in Jesus that makes the difference.” This athlete continued on, “we’ve never had a group of people that have wanted to get to know us and has cared for us so intentionally. Your prayers of a few days with still in our hearts forever.”

Brittany was struck by the warmth and hospitality of the local athletes in the Ivory Coast. “I experienced God’s joy a lot through the local people. I felt like all the barriers were broken down and that nothing could have prevented a friendship from happening. Not race, religion, age, gender, or language. I really saw so much joy in that and also the unity of the church coming together.” The enthusiasm in her voice is captivating as she shares about how God touched her heart through the genuine joy and warmth of local believers in the Ivory Coast.

Steven, a volleyball player and recent graduate from McMaster University, shared that “different cultures bring out different aspects of who God is” and that it was a time of “Christians from all over the world sharpening one another.” Sabrina expressed her desire to continue to minister to groups overseas in the future, “I think I just fell in love with everything. The culture, the people, the idea of getting involved in a longer placement.”

Brittany wrapped up their time in the Ivory Coast so beautifully. She opened up about how encouraging it was to know that the purpose of the tour was to partner with the local ministry, build relationships, and open new doors. Reflecting on the tour, she says, “their mission was accomplished.” For anyone considering going on an AIA tour in the future, Sabrina leaves you with these few words: “if anyone is even thinking or toying with the idea of going on a tour, I would definitely recommend praying about it and seeing it that’s where God wants you. It was such an amazing experience, I only wish I had done one sooner!”