Brooklyn Nets, Jeremy Lin uses his time in Canada for a greater purpose 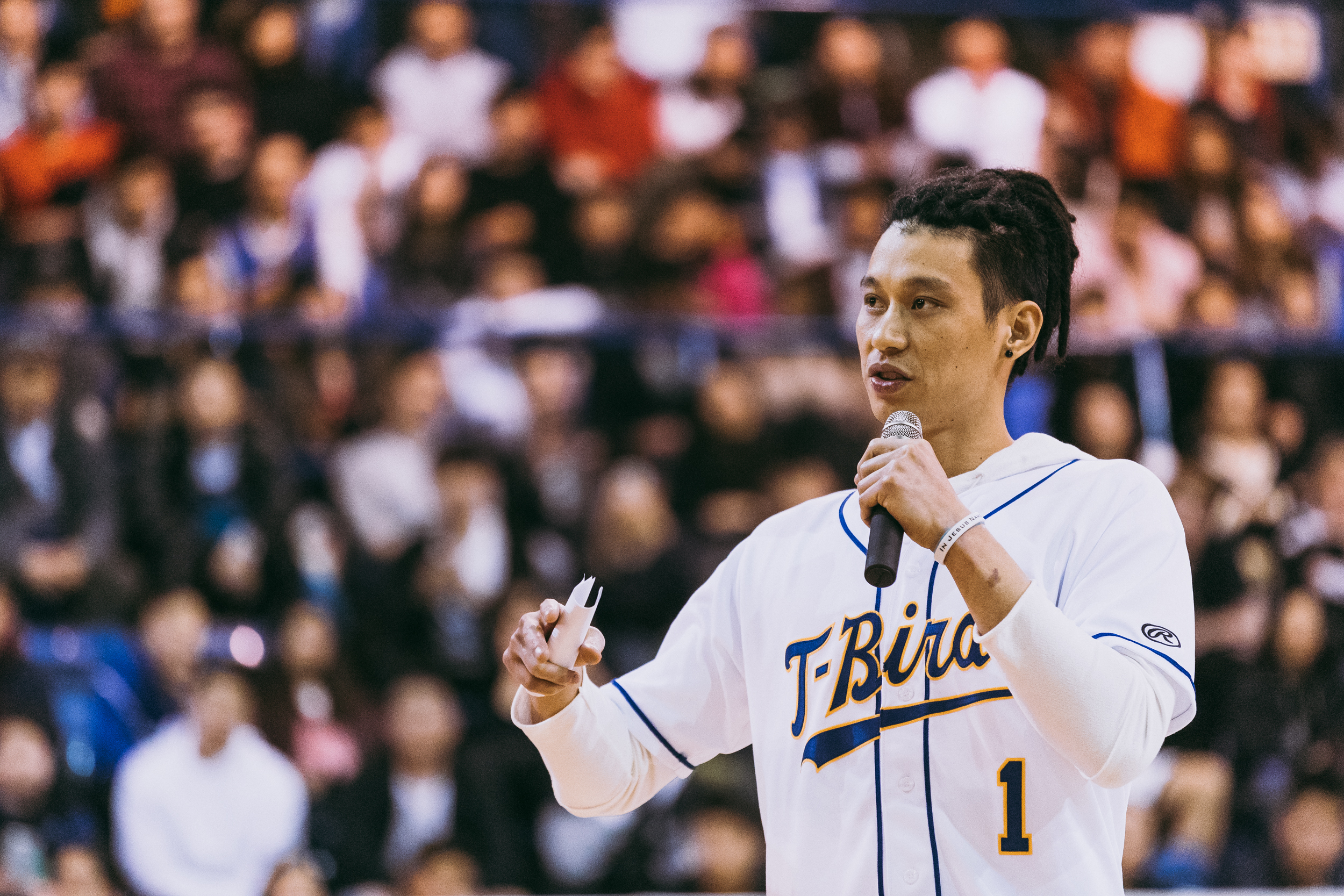 On Easter Sunday, Athletes in Action had the privilege of hosting the “The Total Athlete” event that featured NBA player, Jeremy Lin, of the Brooklyn Nets. Lin, had spent the past six months participating in physical therapy at Fortius, a rehab centre located in Burnaby, BC. During the opening game of the season, Jeremy suffered a season-ending knee injury when he ruptured his right patellar tendon. He began therapy at Fortius and had been working hard on strengthening his knee with determination to return to the Nets next season. During his time in BC, Jeremy desired to do more than solely focus on his own physical rehabilitation. He had the feeling that he was in Canada, during this season of his life, for a greater purpose. Jeremy spent time volunteering at Union Gospel Mission in Vancouver, where he helped serve Easter Dinner to many people who are involved with UGM. The next day, Jeremy would be sharing his story at The Total Athlete event.

The event was very well received by the community with 2,900 people in attendance on Sunday evening at the University of British Columbia, War Memorial Gym. The original location for the event was Britannia High school in East Vancouver. However, due to the overwhelming positive response to this event, the Britannia venue sold out and the 3,000-person capacity UBC gym became the new location. Jeremy Lin is particularly popular amongst the East Asian community as he is the first Asian-American NBA player to reach this level of success in the league. Jeremy is also known in the public eye for being open about his Christian faith and relationship with God.

The primary focus of the Total Athlete event was for Jeremy to share his story of: basketball, his rise to fame (during the height of “Linsanity”), and the faith that has been his foundation throughout the highs and lows of his career. The evening began with a skills competition that featured local young basketball players from different teams and leagues throughout the Lower Mainland. This was followed by a BUMP competition whose participants included: Mark Washington (Defensive Coordinator for the BC Lions), King Handles (local basketball whiz), and Santa Ono (beloved President of UBC). Then it was time for the main event where Jeremy would share what it means for him to be a “Total Athlete”.

Jeremy was candid, honest, and relatable as he shared his story. He focused on where he found his true identity. He shares, “I got my identity right – and because I got my identity right I was able to get my definition of success right”. As an athlete, it can be easy to place your value and worth in your performance on the court. Lin, challenged this idea by sharing how finding his identity in Jesus was freeing. The atmosphere of the crowd seemed to change to one of quiet reflection and intent focus as Jeremy shared intentionally about his faith and how Jesus has made all the difference in his life. This level of vulnerability set the tone for the second half of talk as he encouraged everyone to consider the implications of what faith in Jesus would mean for their life. Jeremy shares, “I want to bring it back to my whole point of identity and I know some of you guys today here are hurting inside … I know some of you guys here today might have the wrong identity – like I did when I was just chasing Linsanity.”

The evening ended with Jeremy sharing a clear gospel message and leading the crowd in a prayer with a call for those who felt led to pray to receive Christ as their Lord and Saviour. “I want to give you guys a quick opportunity to accept Jesus into your life and to start the first step towards a new life where you really have a different identity, you have a different definition of success and you will find fulfilment in that…” Those in attendance were encouraged to follow up with a friend if they had questions, get connected to a local church, or learn more about ALPHA or Athletes in Action if interested. It was a powerful evening that left a positive impact on our community and we believe that Jeremy’s time in BC has definitely been purposeful. We wish Jeremy all the best in his upcoming season with the Brooklyn Nets and look forward to watching him on the court!