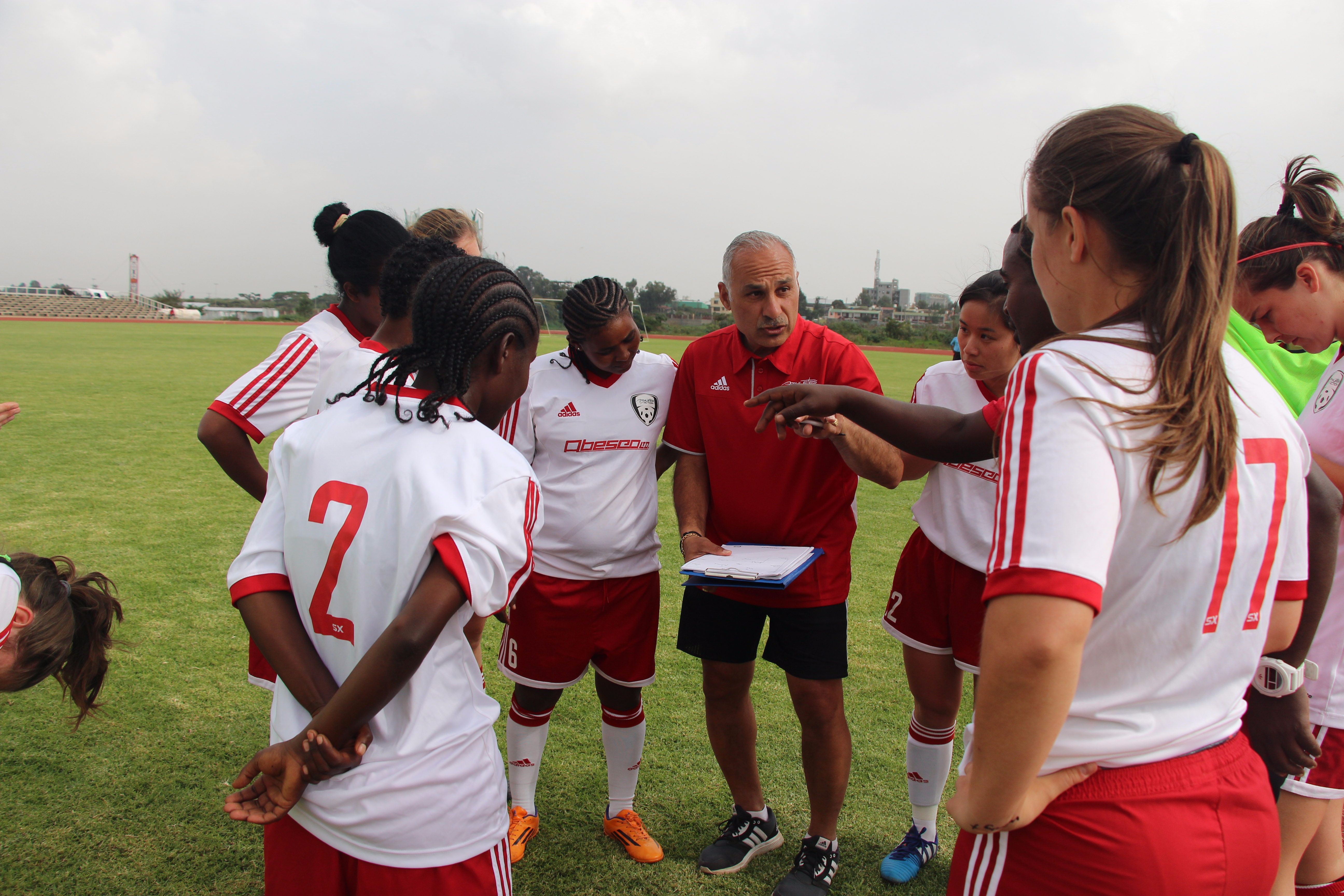 “I was moved by the kids true innocence, the smiles they bring out of you, their laughter, and how active they are on the field … I had to look up to the heavens and say, ‘Thank you, Lord – how can this be?’ it was priceless.”

Raz El-Asmar, passionately shares about his experience in Ethiopia as a participant in a Coaching for Life (C4L) Conference and a soccer tour with Athletes in Action. His story beautifully demonstrates a life that is marked by gratitude.

Lifelong Passion
El-Asmar, describes himself as first and foremost a husband, and a father to his four children. As a young boy, he became passionate about the game of soccer, and today, as an adult, continues to play the game he loves. Raz was first introduced to the world of coaching through his children who followed in their dad’s footsteps. Not long after, a new passion for coaching was sparked and quickly began to grow and develop.

Throughout his career, El-Asmar, has had opportunities to coach with local clubs and at the university level. Currently, he is the Technical Director of the Capital United Soccer Club based in Ottawa and is the former Head Coach of the Carleton University Women’s soccer team. He shares that the aspects of coaching he enjoys the most are long-term player development and helping athletes see beyond the game.

Beyond the Game
“I knew the conference was going to be something special”, El-Asmar shares as he reflected on his experience in Ethiopia at the Coaching 4 Life conference. For him, it was more than just a trip overseas. It was an awakening experience that spoke to his heart and reassured him of his belief that coaches and mentors are meant to serve their communities.

Raz excitedly shares, “Rachel (C4L’s conference technical director), was such a great mentor during the sessions in terms of breaking down the specifics to the audience”. He says that after training, the coaches were different than when they first came in. “They left with this humility and a thankful heart – that really struck me”, says El-Asmar. He believes that through sport people can be touched in many ways because sport is an international language we all share.

When asked about his opinion on why coaches should participate in a C4L conference he shared the following: “I strongly believe that often we as coaches feel like we come in to make a difference on the field in terms of x’s and o’s – but that’s such a short-sighted way of thinking”. This way of thinking often leads to a sense of emptiness at the end of a game or a season for coaches and players. Raz believes that there has to be something greater beyond just winning or losing. He shares that coaches need to be transformed from the inside out and points to God’s transforming work in people’s hearts. “God has given everything to us – all these blessings come down from above,” says Raz. He continues, “if the kids understand this they will continue to grow as soccer players, and gain a greater perspective to be able to see beyond the game”.

Servant Hearted Leadership
Raz has been fortunate over the years to have the opportunity to connect with kids of all ages and see things come full circle. He shares that some of the kids he has coached in the past are now coaches themselves. “It’s so rewarding to be able to work with the younger generation and see them progress and develop,” says El-Asmar.

When asked about how he applies the principles he learned at the Coaching 4 Life conference to working with players and coaching staff, Raz, shares he encourages players and staff to not take anything for granted. For example, “the ability to be able to step out on the field and play and the fact that you have a uniform and a soccer ball” are reasons to be thankful and he believes that having this kind of attitude changes everything.

Part of Raz’s experience in Ethiopia was participating in Athletes’ in Action soccer tour. He shares that some of the things that happened cannot be explained in words alone. On the way to Ethiopia, Raz prayed for God to guide him and the team so that they could serve Him in the best way. “I think throughout the trip we felt that the Lord was guiding us in all little things we were doing,” he shares.

An important part of the soccer tour is running camps for local children. “Being part of the camp and seeing the kids loving every moment of it and they also love you so much. It’s incredible,” he shares. Raz says, that all the leaders on the Ethiopia trip were wonderful and servant hearted. As he reflects on this trip he shares that “he gets emotional talking about it.” Raz sums up his experience in Ethiopia by sharing how much it spoke to his heart and reassured him that leaders are meant to be servants in their communities.

Go With Us
With sincerity, Raz shares that he is very grateful for the opportunity to be part of Coaching 4 Life in Ethiopia. He says that it was an opportunity for growth and to make special connections with the children and team.

He encourages coaches and others who are aware of the C4L conference and AIA soccer tours to prayerfully consider participating in one.

“Pray to the Lord for His lead and His will. Maybe this is part of your journey? Take advantage of this opportunity if it’s in the Lord’s will to do it. There’s nothing like it.”