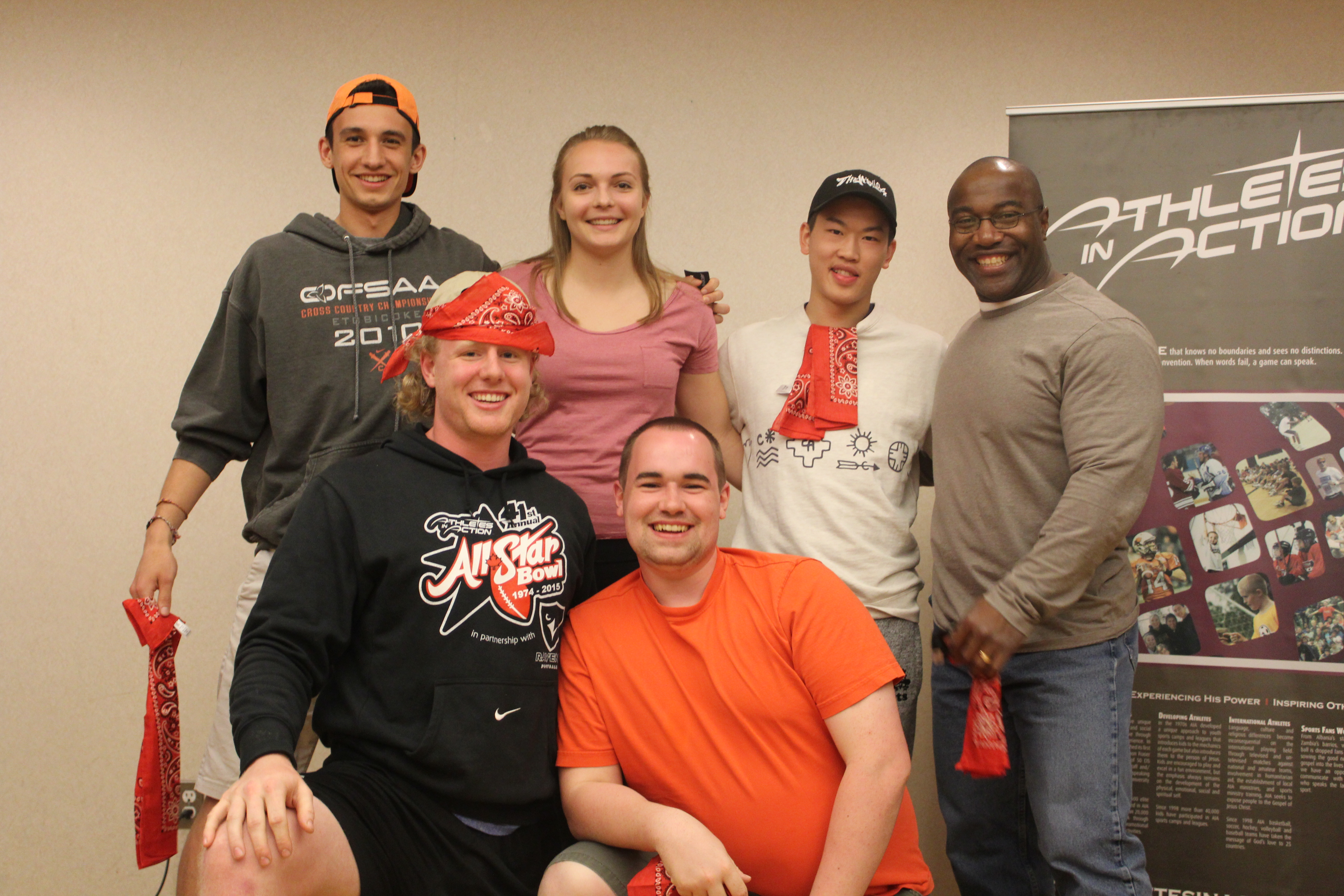 OTTAWA, Ont. – After six days of intense competition at National Training Camp (NTC), staff and students were ready to take a long nap.

In addition to some well-earned R&R, students were given a great deal of information to digest following AIA’s flagship campus event.

Since its inception in 1988, NTC has gathered students from across the nation to discover the meaning of faith and sport integration. The 2017 rendition welcomed athletes from 13 schools across Ontario and Quebec during the first week of May, with a parallel camp occurring in Edmonton for students in western Canada.

Three AIA staff led insightful discussions throughout the week, unpackaging the mentality of an athlete slave versus an athlete saint – being enchained to the secular world of sport, as opposed to playing in the freedom of God’s eternal love. The skilled panel included Carleton University chaplain and campus leader Michael Doucette, National Campus Director Kevin Cuz, and National Soccer Director Paul Ballard.

“All of the speakers were amazing,” said Nicole Istead, a member of Carleton’s basketball team for three years. “They were able to really connect with the participants. It really hit me personally.”

Following the classroom sessions, participants transitioned onto the field to bring these spiritual principles into an athletic context – a practice much easier said than done.

To bring an abstract concept down to a practical level, athletes were taught a few applications that could be accessed in the midst of a game or competition, such as repeating a short phrase or having a visual cue to re-focus and thank God for the gift of athletic ability.

As the week progressed for McMaster cross country & track athlete Matthew Napier, it turned into a valuable experience of humility.

“God showed up in places for me that I didn’t expect,” said the third year student. “I was brought down to a lower seat, and God knew I needed that.

“He knew that I needed to find more of my identity in Him.”

For Grammenopoulos, a new source of motivation was brought to the forefront.

“I realized that a lot of it came from my coach,” she said. “Whenever I made a mistake or did something well, he was always the first person I looked to. Before this week I had never thought about why I played varsity sport, but God really showed me where my motivation should come from.”

Following the on-field sessions and a group debriefing, participants shifted into a quieter period of journaling and personal reflection – a powerful time for Istead.

“Writing down what I had learned on the field was something I hadn’t done before,” she said, “but just reading those passages… it always surprises me to see everything that Jesus did.”

Students continued to process and practice the principles leading into their most daunting test: The S.P.E.C.I.A.L., a 24-hour sport marathon where teams culminate everything that had been taught during the week.

The night before, Napier had an encounter with God during a run in the rain.

“I had this huge realization that He’s the only one I need to please,” he said, “and the S.P.E.C.I.A.L. was a time to apply this.”

Sure enough, while at the bear crawling station, Napier capitalized on this opportunity.

“I remember quoting every verse I could, I was singing, thinking, ‘this is ridiculous, I literally can’t feel my arms!’ It was so painful, but every step I took became an offering.

“If I compete for Him, the time doesn’t matter. I want to be in the worst pain and lean into Him for strength.”

The S.P.E.C.I.A.L. already presents participants a unique mountain to climb. Combined with the fact that temperatures hovered around 10°C and over 20mm of rain fell over the 24-hour period (with a dash of snow towards the end), the challenge grew immeasurably.

This is where the support of teammates became invaluable to the participants’ morale.

“Our team would come together to talk about every event and pray for one another,” Istead recalled. “That kept me going.

“The S.P.E.C.I.A.L. came into my life right when I needed it. It broke me down, brought me closer to God and I did things I didn’t think I could do – I carried a man up a hill! It was all God’s strength and my teammates’ support.”

It is through that support that Grammenopoulos learned the power of God’s grace, something she hopes to emulate as she returns to York in a coaching role.

“I can get competitive,” she said, “I set high expectations, and God taught me how I act towards my teammates. When you’re deprived of so much you can become irritable, but praying that God gives you grace for everyone around you makes you so grateful for them.”

Napier concurred that NTC was a fascinating opportunity to be surrounded by other great Christian athletes.

“God really does show up,” he said. “He knows that you’re putting in time and funds to be here… and He honours the fact that you took the step towards Him.”

Napier added that it’s not enough to ‘just go’ to the camp, but intentionally praying for God to show up will allow Him to reveal Himself in powerful ways.

For Istead, NTC marks the beginning of an exciting new journey.

“Before, it was always stressful to play sports, and I had anxiety,” she said. “But being able to play sports and enjoy it, it makes such a huge difference.

“Looking back over this year, I’m a completely different person – the person I knew I could always be.”