Living in your purpose has fulfillment: A Northern Saskatchewan Faith Tour 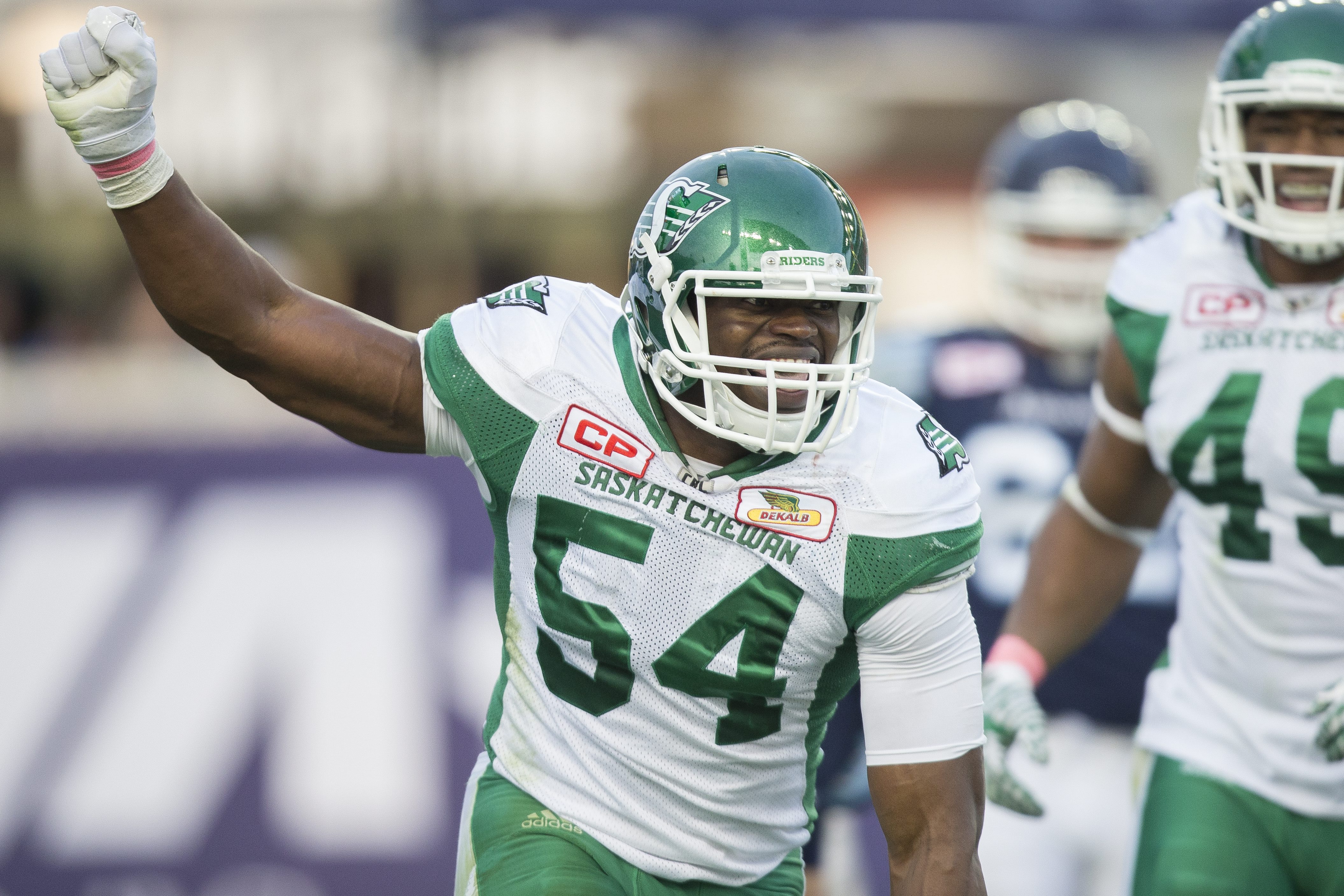 Early February, Saskatchewan Roughriders chaplain Jared LaCoste and linebacker Henoc Muamba embarked on a faith sharing tour throughout Northern Saskatchewan. Athletes in Action provides chaplains to each team across the CFL, who are there to help players and coaches through the ups and downs of everyday life, while focusing on their spiritual well-being.

For the past seven years, Hockey Ministries International has directed the ‘Northern Saskatchewan Faith Tour’ and has routinely invited Athletes in Action and a Roughrider to join them up north. This year, LaCoste and Muamba represented Athletes in Action, sharing experiences on what it’s like being a Christian professional athlete and personal testimonies at a total of 12 events in merely five days.

“The impact that seems to be made up there on an annual basis is huge, so to be able to be a part of that is a no brainer for us to partner,” said LaCoste.

When LaCoste first asked Muamba to be a part of the Faith Tour, Muamba jumped at the opportunity to share his passions: his faith, football, and speaking. However, LaCoste and Muamba had to overcome the challenge of sharing the gospel in public schools while still adhering to the public school policies.

“When you’re speaking in public schools, you can’t really talk about God directly,” LaCoste said. “I think that’s the biggest hurdle that you need to jump over is trying to still share your experiences and still share your testimony and story but do it in a way that isn’t offensive to the schools. It’s a huge blessing that they even allow us to come in knowing that it’s a faith tour.”

These public schools take a risk allowing a Faith Tour into their buildings, so LaCoste and Muamba had to balance trying to honour the people in the school system while still sharing their experiences within that context.

Ultimately, the heart of the ministry LaCoste has with the Roughriders is to use their lives to impact the community they are in, so he often challenges the bible study players to do so.

Muamba accepted LaCoste’s challenge at the end of last season when he decided to join LaCoste on the Faith Tour. Muamba, who joined the Saskatchewan Roughriders near the end of last season, was selected first overall in the 2011 CFL Draft and has held roster spots throughout both the CFL and NFL over the past six years. He will be returning to the Roughriders for the upcoming 2017 season.

“One of my passions is football,” said Muamba. “And another one of my passions has always been speaking: speaking and sharing the experiences I’ve had. This is going to be my seventh year as a professional athlete. Playing football in the CFL and NFL, I’ve learned a lot of things along the way, and one of the things God has put on my heart has been to share those things. The word says we overcome by the blood of the lamb and the word of our testimony, and, as believers, to be able to share what we’ve gone through encourages others.”

On the Faith Tour, Muamba shared his experiences as a professional athlete, taught lessons that related to football and his career, and also taught life lessons that applied to both athletes and non-athletes as well as Christians and non-Christians. The audiences that Muamba spoke to ranged in age from kindergarten to high school students. But, despite this wide range in audience, Muamba hit some key topics that everyone could gain wisdom from.

Muamba shared, “A lot of my experiences and lessons I’ve learned over the years are really beneficial and helpful to some of them and most of them in terms of little things like leadership, discipline, and the importance of making good decisions…It’s not just about athletics, but it’s really about life and things that can help them become successful.”

Having this opportunity to speak to others and to serve others has made an impact on not only the audiences Muamba spoke to, but also on Muamba himself.

“I remember a long time ago I used to ask God, ‘God I want you to use me’…The opportunities He’s given me to impact others has been amazing and awesome. [These opportunities] just make me love Him more and appreciate Him, and it just amazes me really,” said Muamba.

Nevertheless, Muamba never expected that God would call him to public speaking.

“If you were to tell me 10 years ago or so that I’d be standing in front of people sharing my experiences and sharing my faith, I would’ve probably peed my pants,” Muamba stated. “I’ve never been one to be in front of people and speak. But, I really believe my prayers, God listens to prayers, and God listens to the words we say to Him. And, whenever our desires align with His will, He makes those things come true. Psalm 37:4 says, ‘Delight yourself in the Lord, and He will give you the desires of your heart.’”

Muamba hopes his leadership in stepping out in faith and taking on these speaking opportunities will impact his own teammates.

“I feel like speaking as one of the leaders on the team is going to be a good example to show the others that this is something they can do as well.”

“At the end of the day, for anyone who’s reading this and hearing this, wherever you are, God places us in those places so that we can be able to impact others. So, every one of us, whether you’re a Rider or not, your ministry also needs to be to reach out and to impact others as well. Jesus came to this earth not to show how great He was. He was already great; He’s the son of God. And, as pure as He was, he came down to serve others.”