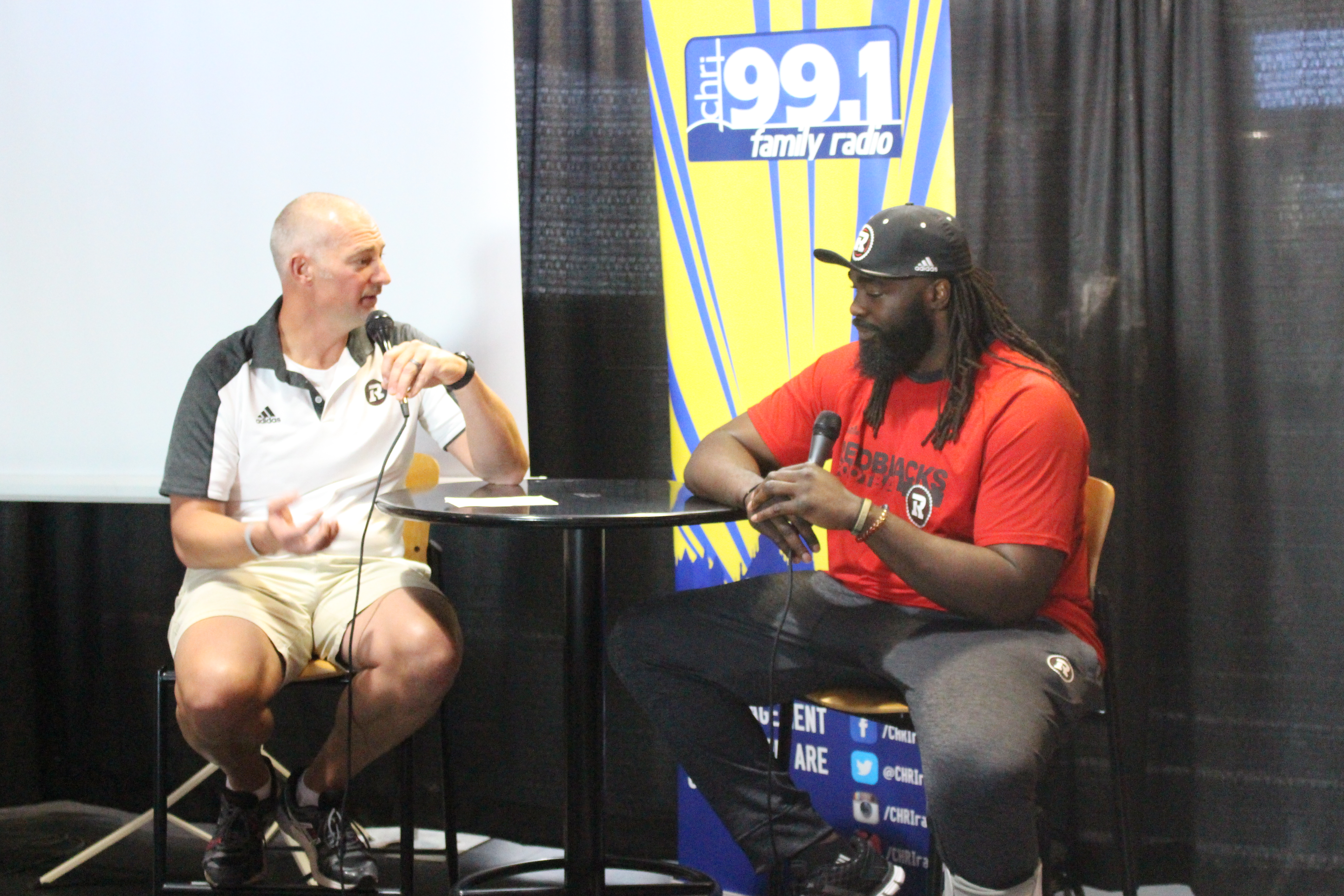 When you’re an athlete, so much of who you are can get wrapped up in what happens on the field, court, or ice. This is especially true for professional athletes, whose sports are also their workplace.

That’s why so many CFL players feel blessed to have a chaplain with the team. Every CFL team has a chaplain provided by Athletes in Action, someone who cares more about their spiritual well-being than their performance on the field.

For Matthias Goossen, starting centre for the Winnipeg Blue Bombers, that chaplain is Lorne Korol, who has also worked with the Winnipeg Goldeyes, Winnipeg Jets, and Manitoba Moose over the past 15 years.

“Lorne is somebody who cares entirely about you as a person and you as a human being, not just you as a pro athlete,” says Goossen. “I know everybody on the team, whether they go to chapel or not, views him as a friend and somebody who’s there for them.”

While coaches focus on the mental and physical elements of the player, chaplains focus on the spiritual side. This means leading pre-game prayer times as well as chapels, but they can be called upon at other times as well. Last year, Paul Huggins, the chaplain with the Ottawa Redblacks, was asked by the GM, Marcel Desjardins, to speak to the team on Remembrance Day.

At other times, it means providing support in times of tragedy. In September, the Calgary Stampeders lost their practice-squad teammate, Mylan Hicks. The team’s chaplain, Rodd Sawatzky, was there to provide spiritual support to the players and coaches as they grieved his loss.

More often, chaplains mostly help players through the ups and downs of everyday life and reminding the players about what is truly important.

Richie Leone, kicker for the BC Lions, says about the team’s chaplain, Dave Klassen, “He is always around the locker room checking in on everyone and we are able to meet with a group of guys and talk about the gospel and really dive into the word.”

“For me, it’s about trusting God,” says Goossen, “Football is just football: I try my best and work my hardest, but when we were losing games, or I had a bad game, I still have my greatest need covered. I’m still saved, I’m still a Christian, and all these things are so much more important than the sport I play.”

Leone says the main thing he has been learning this year is “You’ll never be ready.” By that he means that if you are looking for an excuse not to do something, you will always find one. “If you wait until you’re ready, you’ll be waiting for the rest of your life,” he says. “God doesn’t call the qualified; He qualifies the called.”

The CFL season culminates in the Grey Cup. For the chaplains of the CFL, the week of the Grey Cup is a highlight of another sort, as they take players from teams across the league and travel to the city hosting the Grey Cup to go out into the community and speak to different groups of people.

Both Goossen and Leone were at last year’s Grey Cup Week in Winnipeg, where they traveled to prisons in the area, including a juvenile correctional institution, as well as addiction recovery programs, churches, and the Siloam Mission, which serves the homeless in Winnipeg.

“Speaking at the juvenile correctional institution was a very powerful experience that I will never forget,” says Leone. “This was the first time that I had the opportunity to go to a place like this and share what God has done in my life.”

“Seeing how God can still work in those situations where a lot of people have very little hope is incredible,” says Goossen. “Most people are very receptive to pro athletes for some reason. I don’t know why, but whenever you can play a sport really well, people like listening to you.”

Athletes in Action is dedicated to working with athletes of all levels to help them experience victory beyond competition. Being active during the festival week leading up to the Grey Cup, athletes not only have an incredible opportunity to use their platform and speak about how Jesus has changed their lives, but it can equally inspire the athletes to see how God is working.

The week wraps up with the Grey Cup Breakfast, which has taken place the day before the Grey Cup for nearly four decades. Hosted by Michael “Pinball” Clemons and featuring players and wives from each team playing in the Grey Cup, as well as past and present CFL stars, it’s an amazing experience for everyone who attends.